Jon Hiseman: Colosseum who underwent brain surgery said to be in grave health and terminally ill. 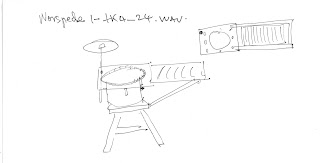 I was hoping that I would never have to post this latest news of Jon's fight to overcome his brain cancer.

It comes from Ana:

"We have been told there is no hope for my dad now and it will be just a matter of days. He will be moved to our local hospice as soon as possible. At the moment he is not receiving any treatment or food - he is in a peaceful state and gradually drifting away."

I know that you were all hoping the the promising 'response' signs were signalling recovery, but sadly, it was not to be. He will greatly missed by so many who had occasion to meet him...if even if only briefly. At least we know that he is not suffering any pain. Colin

The brain surgery occurred during a recent tour.

“Jon Hiseman was taken ill during the course of the tour and it was discovered that he had a cancerous brain tumour.

“He will be undergoing life-saving brain surgery as soon as possible and wishes you all to know how touched he is by the overwhelming show of support from everyone.

“It is our hope that he will be well enough to resume the tour later this year.

"Thoughts and prayers are with him and his family at this time. The beat goes on." 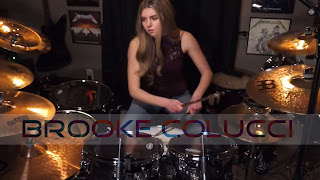