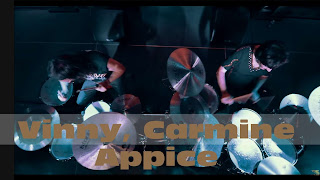 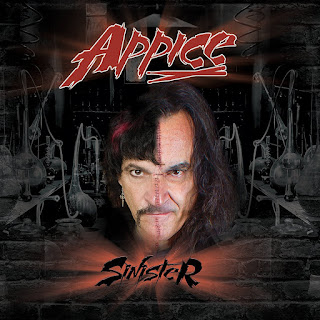 "After decades in this crazy music business, we will sit down for the first time and record songs TOGETHER for an amazing new studio album! The album will feature both new songs and classic tracks from our history! This is very exciting for us as we will have, as Ringo said, 'A Little Help from My/Our Friends'. With that in mind, the result will be great sounding spine-shaking rhythmic foundations, along with BIG giant melodic guitars from hell, and on top, blazing vocals and melodies that will tear it all up! A first in a lifetime for us brothers!" say Carmine and Vinny. Expect some great friends/guests to contribute to this album including Joel Hoekstra (Whitesnake), Paul Shortino (Quiet Riot, Rough Cutt), Johnny Rod (WASP, King Kobra), Craig Goldy (Dio), Tony Franklin (The Firm, Blue Murder) and members of Last In Line among others. Carmine says: "I am so excited to be doing this new Appice CD. It is always a challenge and fun doing music with Vinny. This CD is no exception and we will be doing cool songs with double drumming and lots ear candy for our fans, not to mention playing with some of our special friends. The recording process is coming out great. Cannot wait to finish and take it on the road! Heavy drums and heavy songs. It will kill!" Vinny adds: "A studio album that was years in the making has now come to life! Our first ever studio CD together. With great songs, musicians and of course drums and rhythms that will overwhelm your ears and fascinate your mind!"