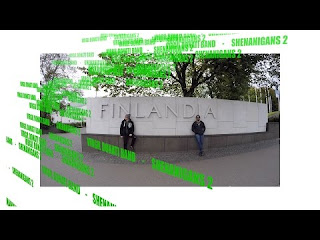 It's been a while since the first 'Shenanigans'... join us behind the scenes on the 'Brazilian Connection Euro Tour' 2016 - includes some rehearsal footage, and ends with a performance clip from Dresden, Germany. With André Nieri on guitar, and Junior Braguinha on bass.