Terry Bozzio: Listen to one track from every CD of the 59-track album "Composer Series" 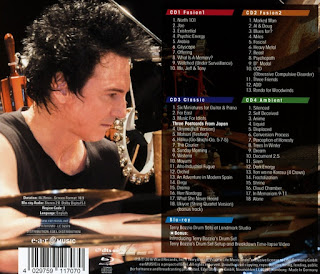 Listen to one track from every CD of the 59-track album "Composer Series" by Terry Bozzio!
The album will be released November 25, 2016, finally making it available worldwide. 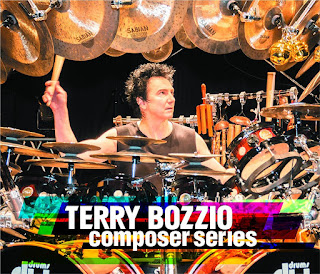 'Composer Series’ is a work that legendary drummer Terry Bozzio himself calls a “Life's Work” project of art and music. Terry Bozzio has worked with names like Quincy Jones, Jeff Beck and Mick Jagger and is of course associated with Frank Zappa, he worked with as a drummer on 26 albums. Being member of the Modern Drummer’s Hall of Fame, Rolling Stone’s Top 5 Drummer and being awarded a Grammy that is a life’s work worth looking at.

There are 59 individual pieces or movements of compositions with a painting for each title, along with detailed liner notes for each piece, explaining his concepts, feelings, process and approach for each.
A bonus disc containing a 35-minute drum solo video, an introduction to Terry Bozzio's drum set and a time lapse of the drum set's set-up is also included!