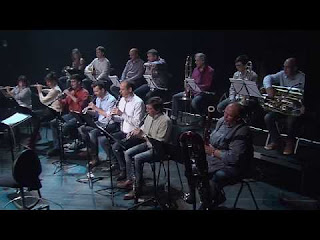 In order to realize this, Francis DECAMPS, the composer and keyboarder of this project has been inspired by Antonin DVORAK’s New World Symphony, himself inspired by the native music of Indians, which he has modernized, according to his own statements. It’s an exceptional and grandiose work born out of a crazy project, but such exciting.