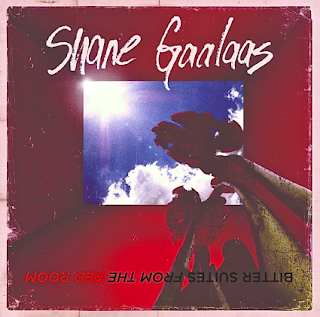 Drummer for Japanese superstars B'z by day, multi-faceted solo artist by night, Canadian-born rock dynamo SHANE GAALAAS is kicking out the jams on his latest solo effort, "Bitter Suites From The Red Room", which marks Gaalaas’ fourth overall and first ever all-instrumental outing.

Originally hailing from small town Innisfail in Alberta, Canada, Shane Gaalaas first left his mark after graduating L.A.’s Musician’s Institute with honors when, upon a recommendation by Deen Castronovo, he landed the gig with Swedish guitar god YNGWIE MALMSTEEN, followed by a stint with the MICHAEL SCHENKER GROUP, as well as tours and albums with VINNIE MOORE, ULI JON ROTH, and GLENN HUGHES, among others. In the late 90’s, he was a founding member of highly regarded progressive triumvirate COSMOSQUAD as well as extreme metal quartet DIESEL MACHINE. In 2002, he was approached to become a studio and touring musician with Japanese superstars B’zwhose record sales have topped 100 million copies. Gaalaas has been a part of every B’z recording and tour every since. To date, he has recorded upwards of 70 songs with the band; he issued his first drum instructional DVD, “Perfect Rock Drumming”, in 2009.