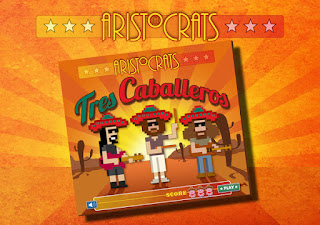 While we've got all this excitement going on about our new album Tres Caballeros and the North American tour this summer, we didn't want to forget about our many friends in Europe. So we're now happy to announce the first leg of our Tres Caballeros European tour!

We'll be doing one leg in November and December, and then after a quick break, we'll be doing more dates (to be announced later) in January and February. For now, here are the European dates for the first leg:

If you don't see your European country on this list, don't worry - a lot more dates are coming for early 2016. :-)

In the meantime, Tres Caballeros is available for pre-order, in both standard and deluxe edition (with bonus DVD containing exclusive live and studio footage, interviews, outtakes, alternate solos, demos and more). All CD orders from our webstore come with a free digital download, which become available at midnight local time (your time) on the release date of June 23.

And here are those North American tour dates, one more time: