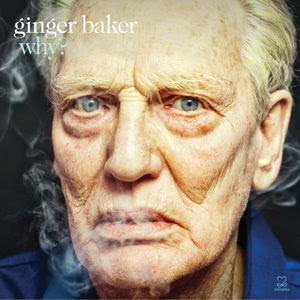 Ginger Baker was once considered the musician least likely to survive the ‘60s. And yet, in 2014, he finds himself on the ascent. The award-winning 2012 documentary Beware of Mr. Baker brought renewed attention to his singular music, fiery and self-destructive personality, and dramatic life story. Ironically, his extreme adventurousness and impulsivity—evidenced, for example, by his leaving England and moving to Nigeria in 1970 to play and record music—are the same qualities that helped make him such a versatile and continually evolving musician. Baker has long ranked among the world’s greatest drummers, and critics have deemed his recent live shows with his quartet, Jazz Confusion, some of the best work of his career. On June 24, Motéma Music releases Why?, his first new recording in 16 years.