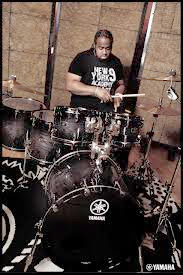 Consummate all-rounder Donavan Hepburn is the drummer for the house band at the ‘Live in Edinburgh’ concert on the 19th July 2014, part of the Commonwealth Games celebrations 23rd July to 3rd August 2014. He will be using his rack mounted BC2rm with a Porter & Davis drum throne at the concert to feel and hear the groove as he lays it down.

The ‘Live in Edinburgh’ concert features a host of big name stars including Jessie J, Kaiser Chiefs, Paloma Faith, Katherine Jenkins, Il Divo and many, many more. BBC One will broadcast the concert from Edinburgh Castle just ahead of the Commonwealth Games opening ceremony. The 2014 Commonwealth Games promises to be one of the largest sporting and cultural events ever hosted in Scotland with the best athletes competing for gold in a host of world-class events.

Donavan has been the backbone of the Take That band since they reformed in 2006 and has recently played on the Gary Barlow tour, as well as being Olly Murs touring drummer of choice. He was also part of the house band for the Queen’s Jubilee concert in 2012 and is described as one of the driving forces behind the UK’s biggest names in pop, yet he still manages to be a producer and a teacher as well.

The beautifully engineered BC2rm is a slim-line (2-unit) 19” rack-mountable version of its top-of-the-line BC2 and lets drummers feel what they are playing through bone conduction. This tactile drum monitor is silent and equally suitable for studio or live events. It eliminates the need for onstage monitor subs and works well alongside in-ears, enhancing the drummers’ on-stage experience.