Neil Peart: on premiere episode of Walk The Walk

Neil Peart on premiere episode of Walk The Walk


After a successful campaign last year for Record Store Day, Canadian rock legends RUSH are again partnering with independent retail for an exclusive 10-inch picture disc for Black Friday — November 29. The 10-inch includes two versions of "The Garden" — the closing track from RUSH's 2012 album "Clockwork Angels". Side A features the studio version from the album, while Side B includes a live version of the song with the Clockwork Angels String Ensemble taken from the upcoming live release "Clockwork Angels Tour". Designed by Crankbunny (Norma V. Toraya), the 10-inch features artwork from her stunning animated screen projections shown during the performance of "The Garden" during the "Clockwork Angels" tour. This special 10-inch will be limited and available only for this special celebration of independent music retailers. 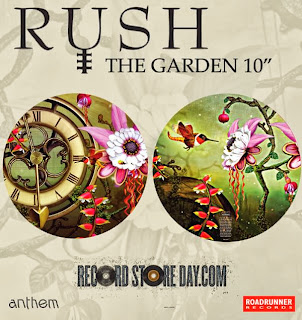