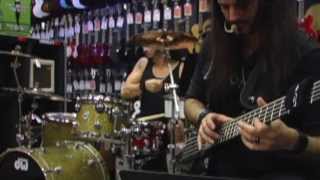 Synopsis:
On March 22 Las Vegas--based musicians Martin Motnik and Peter Dallas debuted Locked-In Sessions, a series of educational bass and drums clinics, at the Summerlin Guitar Center. This first clinic explored the relationship between bass and drums in the context of rock music and served to educate bass players and drummers about the importance of strong interaction between these two instruments.

During the one-hour clinic, Motnik and Dallas highlighted the importance of a tight rhythm section. The duo played famous rock songs such as Ozzy's "Crazy Train," The Who's "Pinball Wizard," and "Hot for Teacher"—Van Halen's drum-chopping classic, during which Dallas performed back-handed tom triplets and a strong double-bass groove. The duo explained key elements of each song, showing the interaction of bass and drums, and demonstrated how these two instruments build the foundation for a solid rock song.

Another highlight of the clinic was Motnik's version of "YYZ" by Rush, from his solo record Bass Invader, accompanied by a playback guitar track featuring Swedish string wizard Mattias Eklundh. After performing this last song of the night, Motnik gave out transcriptions of his songs as a preview of his instructional book, which will be released later this year.


The clinic was presented by Motnik's and Dallas's endorsing companies, which supplied valuable giveaways for those in attendance. During the clinic, the duo quizzed the audience about important concepts they had previously covered, and rewarded the correct answers with cool gifts from Gallien-Krueger, Gator, Elixir, DW drums, Paiste, Vater, and Ahead, including shirts, ball caps, wristbands, drumsticks, and bass strings. Be sure to pay attention the next time you attend, and you too might win a $50 set of Elixir strings for answering the question, "What is the most important piece of the drum kit for a bass player to listen to?" (Hint: It's big and round and goes boom!)

Guitar Center store manager Alon Bitton said he is looking forward to having Motnik and Dallas back for another clinic in the near future, so stay tuned for more rock and roll education!

Motnik and Dallas are the rhythm section of the Las Vegas--based band Rok of Ages, a classic rock tribute group featured at the Fremont Street Experience.

Martin Motnik is a studio and session bassist who has recorded on numerous albums through his website, studiobassist.com. He has performed with former Scorpions guitarist Uli Jon Roth, Ian Paice, Doug Aldrich, Don Dokken, and Ray Parker, Jr. Motnik has given workshops and solo performances at Musikmesse Frankfurt (Germany), the NAMM Show in Anaheim, and music stores in Germany and the U.S. His instructional articles have appeared in several music magazines. 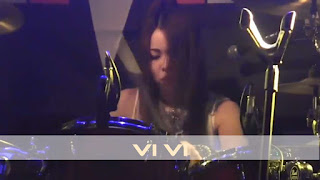 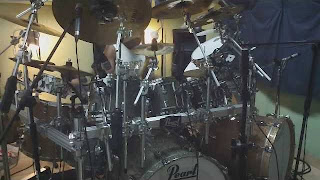 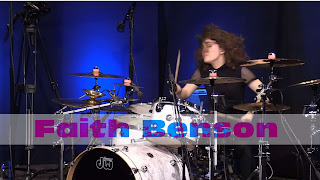 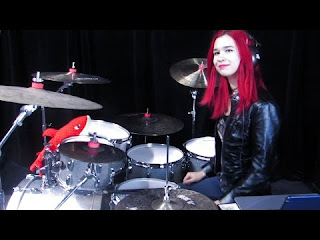