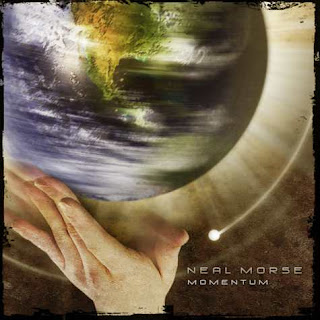 "Momentum" features five songs and one longer conceptual piece. The Concept "World Without End", a near-34-minute, six-part epic that contains everything that defines Morse as a master of the genre.

Another highlight of this record is that, in addition to a masterful solo by guitar wizard Paul Gilbert, there are contributions from Adson Sodré, Bill Hubauer and Eric Gillette.

The release of "Momentum" on September 11 2012 will be quickly followed up by a North American tour that spotlights the fresh talent of his new live band, with stops in such cities as Nashville, Jacksonville, New York, Chicago, Denver, Los Angeles, Seattle and Mexico City.