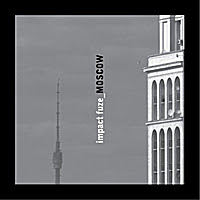 "Great things are better seen from a distance" -- can you say that about the town you were born and grew up in? The daily routine hides the character like a green net hides a never-ending construction work. What building lies beneath the net? You were walking by it for years and yet never even thought about it. Damien Schmitt: a French man, in Moscow for the first time. A shock for an expatriate is an inspiration for a musician. The architecture and rhythms of the city set a tone to a tune, giving a name to a full album and music video. By watching Damien we began to understand Moscow all over again. What does the city look like from another angle? What is covered up, what is revealed? Where does it take you by spinning in its circles and roundabouts? The result of this vision is a music video, both tight and sincere.